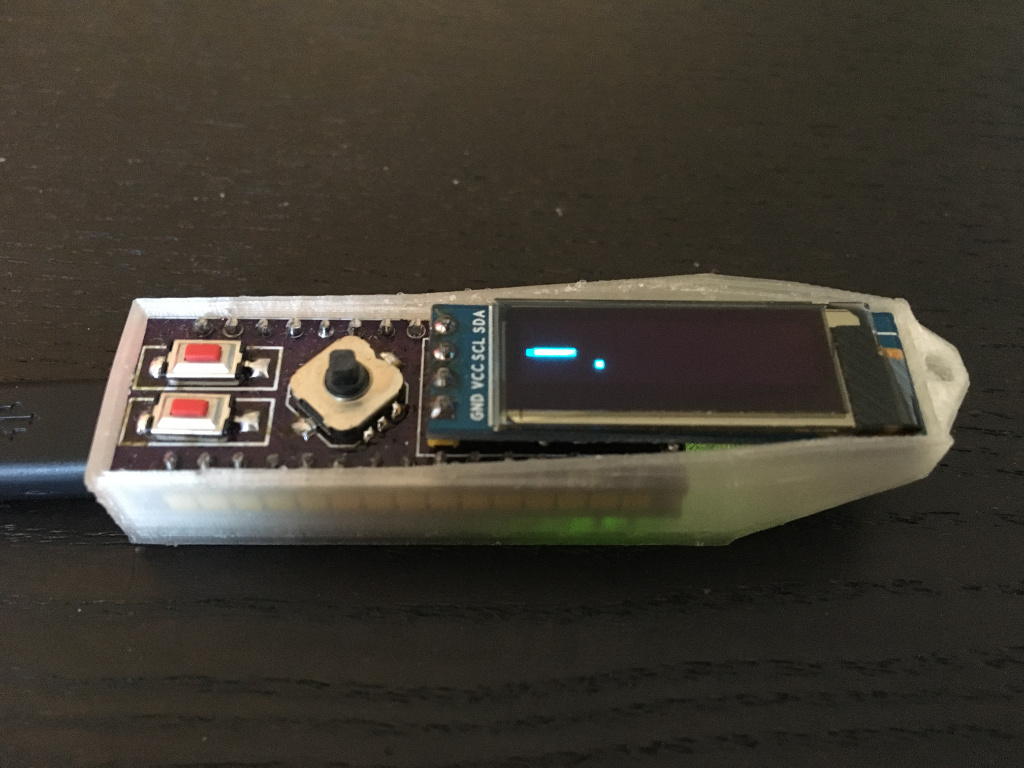 I've often found myself struggling with UI for embedded projects.

User interfaces generally eat up a lot of board space. I thought maybe it would be interesting to have a "UI-as-a-module" that I could simply patch onto anything.

It turns out this was not only a good idea, but actually opened the way for more!

By attaching this module directly to an ioNode (with nothing else), you get a small, simple, elegant USB gadget on which anyone can develop apps. 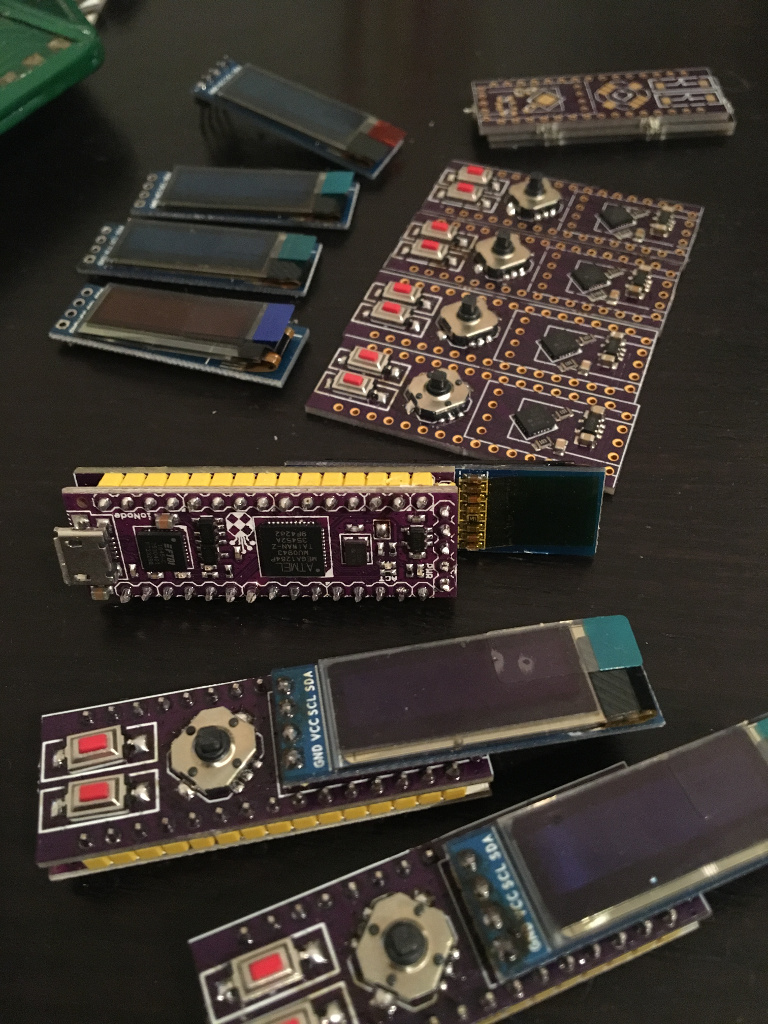 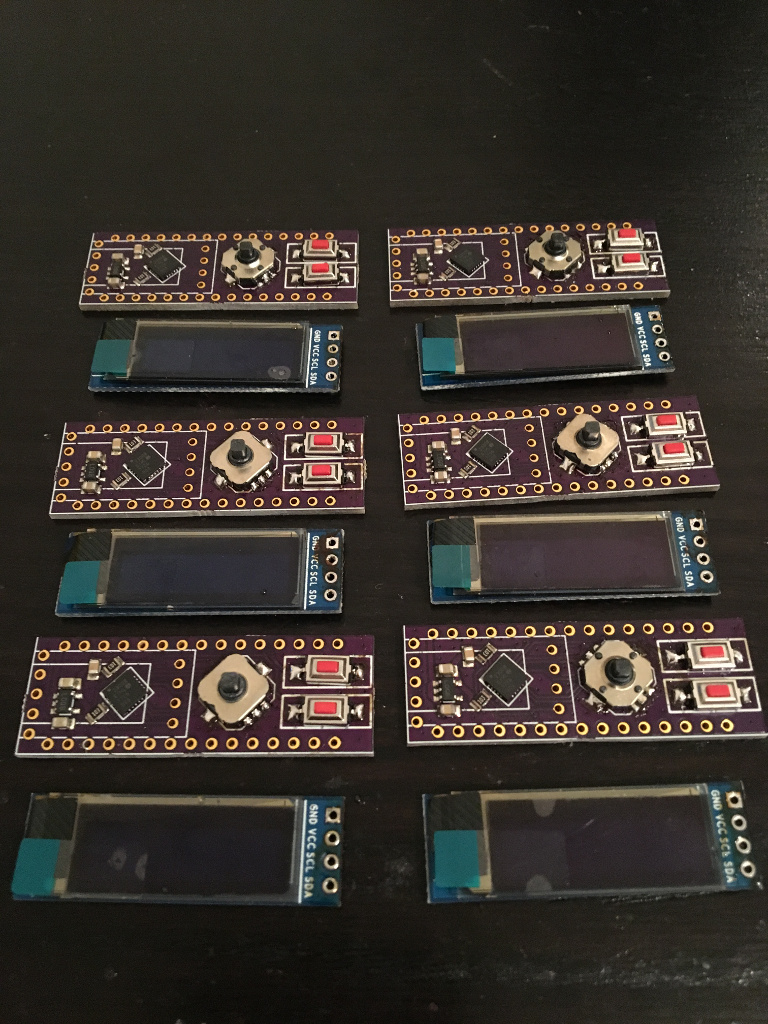 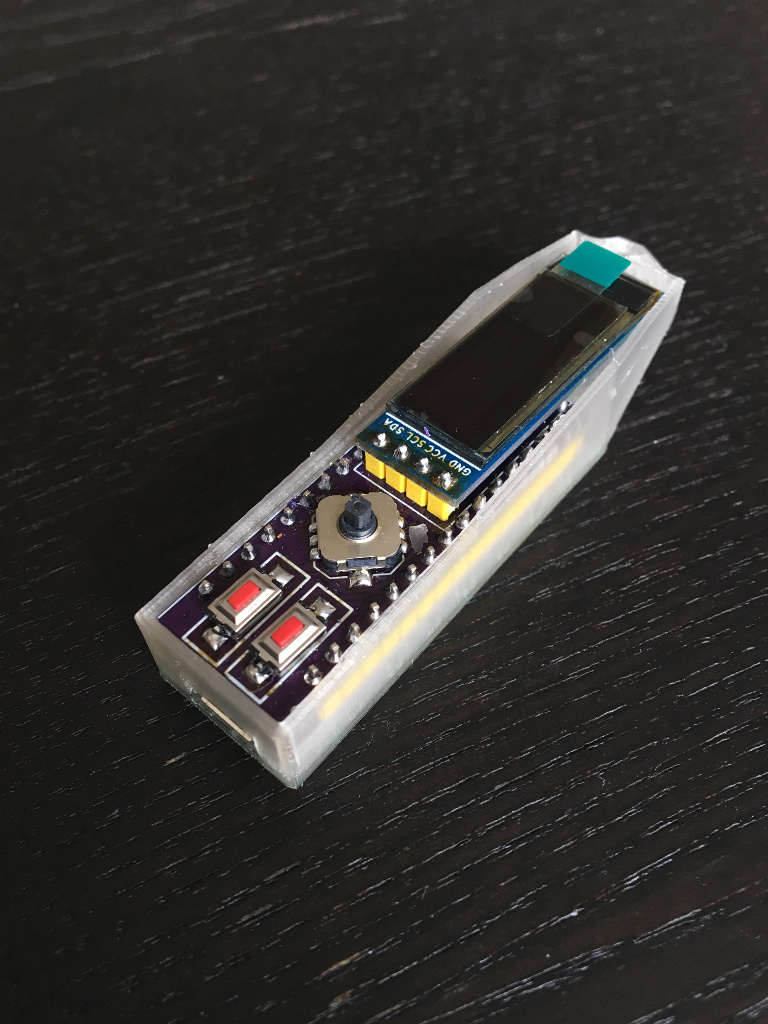 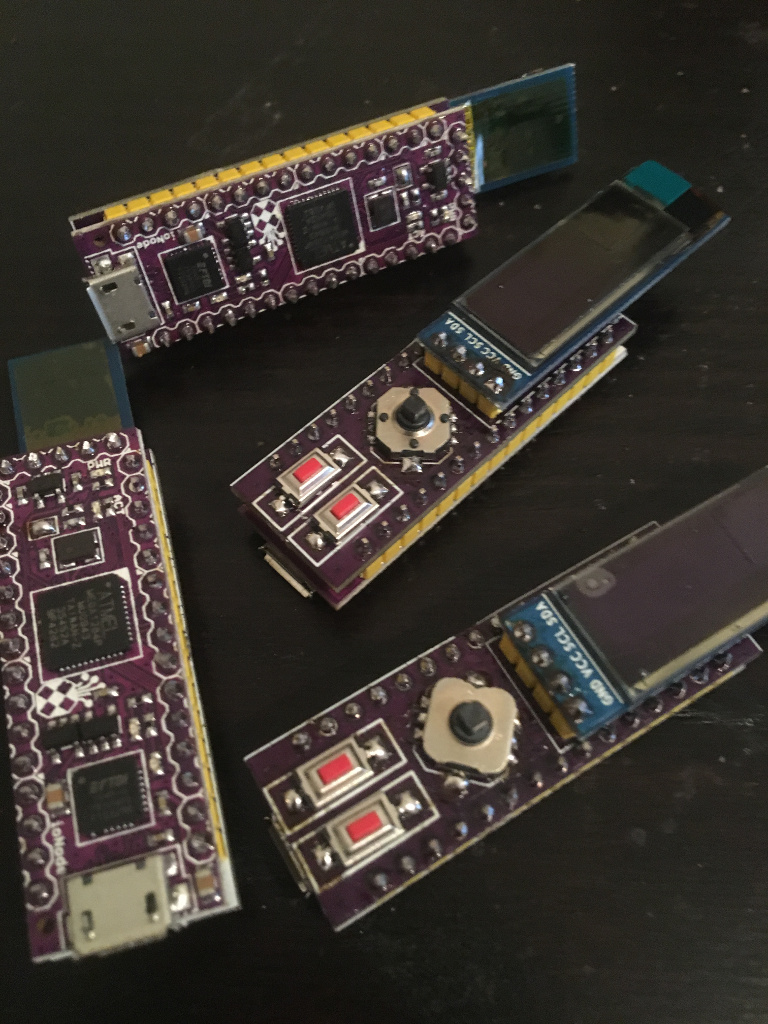 UI has never been easier...

I gave my friend Mauricio Togneri the very first Fiddle I had put together. It was just a Fiddle & ioNode combo.

Two days later, he came back with this:

Snake - such a classic!

With no prior knowledge of AVR development or OLEDs, he managed to implement the classic Snake game in just a few hours using the documentation and tutorials available at source.dooba.io - impressive!

The ioNode + Fiddle combo looked so nice, I could not just leave it like this. I fired up Blender and modeled a simple enclosure that my Ultimaker 2 Go printed perfectly in just under an hour (58 minutes).